I’ll be bringing my typewriter to Seattle to host a Love Letters station at Celebrus Lupercalia, Saturday Feb. 1, 4/8pm-2am at Substation. 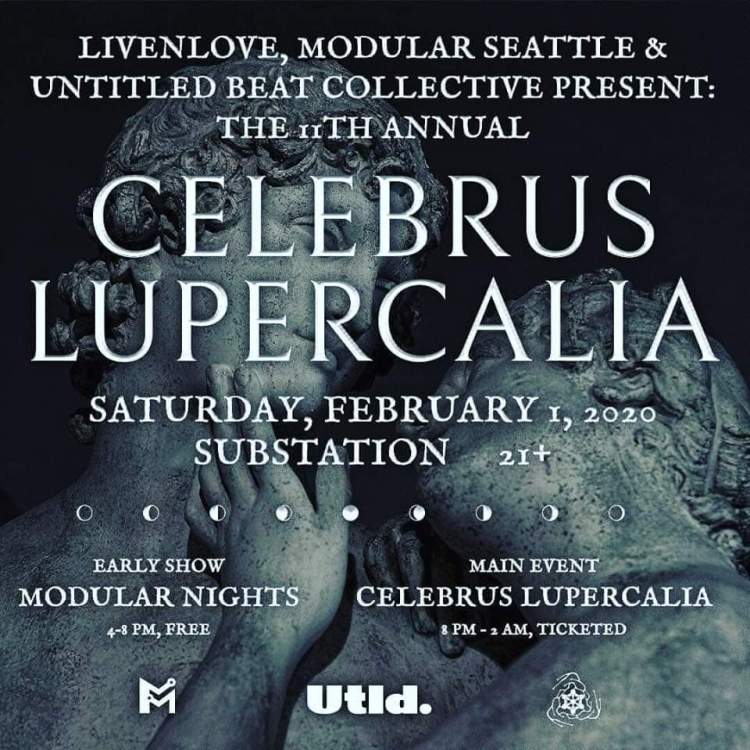 –
~~Lupercalia~~
a pre-Roman pastoral festival; releasing, love, health, bounty, and fertility.
It is a celebration of the fertile spirit, and we honor this with a [paean] to PAN. The holiday was the inspiration for the western holiday of Valentines and a continuation of the ancient celebration of FEBRUA [~= febrile]; which is the root for the name of the month February. It is a light hearted celebration intended to lift spirits and bring about a bountiful spring summer and harvest season. It is also to honor that romantic desire of connection and lust.
–

A love letter can be to anyone, of any kind of love you wish to celebrate and commemorate. I can aid you as scribe with transcription or creative guidance, and the letter is a keepsake. I previously typed love letters for people at Behind the Veil 2 in Port Townsend and the variety was a delight. As a young person learning about love, I read a volume or two of love letters by luminaries to their romances, and while I realize those were not addressed to me, they did inspire me to cultivate my own sentiments. I’m pleased to be keeping this art alive. Meanwhile there will be rooms and hours of music, a 4-course dinner to delight, and merriment besides.

‘E wonders upon these introduced glyphs for a moment – they are so evolved, expressing much in one perceivable form. Is that just inherent when one has known and become known by many? Vulnerable but interested, the newbie decides to accept the contact of one, but not yet the other. This artwork feels particularly admirable and inviting. Acamar carefully fits er glyph against this one.

A simplified form pours into the tabulum, and Acamar reforms equivalently. They face each other as simple sketches. The one introducing emself fills the room with warm soft color. ‘E wears a smile that hints at a lot, a look that differs from Acamar’s deeply beholding dark mirror gaze. As they face each other calmly, Acamar accustoms to the company of another Dragon. Strange, so like and yet unlike. Nothing more is requested for some time, until the other Dragon enunciates er true name: the one that contains all er names. Choosing one to say, Acamar repeats, “Saga.” Acamar pronounces er own true name, less elaborated but no less great. They speak different parts of their names back and forth, learning about each other.

Acamar again notices the continuing presence of the other introductory glyph. Saga looks at it knowingly, allowing the new one to decide on their company. Emboldened, Acamar engages it with er glyph. Smooth dark hexagonal stone bursts forth, a rocky conflux of packed densities and hard smooth surfaces. Conceptual building blocks, stable but prone to upheaval, level but of variance. These are the initial impressions that tumble forth from Grymmatos.

Variations between the three of them delight Acamar. Gaining the self-knowledge of possessing a unique essence includes learning appreciation for differences. A Dragon’s first ones conceive of something that is itself from the very beginning and in a way always has been, and they don’t control the growth of er as ‘e becomes known and powerful. A new Dragon being becomes a part of the balance, the total makeup of the cosmos.

A single permutating symbol hangs within this field of Tabula Rasa. This glyph is being experimentally shaped and reshaped in blue flame. A new dragon examines er particular language, the visual structures and shapes that pertain to er; matters of hearkening and kinship, ideas as they relate to a being. This is the place where ‘e can explore ideas of emself.

Acamar relaxes, dark scales dislocated in space. Here in Tabula Rasa, coherence is inorganic, organs unnecessary and absent. The dark scale tones are comprised of shimmering crystalline layers. Meditative Dragon undulating slightly in place, forms of blue flame gain clarity with the careful focus of one yet unused to the practice. Reiterations and repetitions.

The glyph begins to appear beautiful, sometimes. Adjustments in glyph-working add meaning, and pauses in the process are themselves noteworthy reflections on idea evolution. It is at one of these pauses that two other workings draw near to Acamar’s in resonance of form, suggesting that contact is possible by engaging with them.

The concept of space is not physical on the Level Plaine. When the Red Nexus were dissociated from other dragons after the war, they could go to the Tabula Rasa as Dragons must, yet never see Dragons connected to the Imperium from which they were exiled. The separation held true for those that accepted it with Pan-Galactic Imperium citizen status – a desirable opportunity, as being known and understood helps Dragons grow in power and experience. The agreement with its stipulations meant they could roam as they liked in these lands without interference. It was an older, more drastic incantation of the Viridian Phasing that had been used to create the dimensional boundary.

Acamar was not actually one of those exiled in those days long ago, but ‘e had not reached out to the others, considering the devastating role er emergence played in the onset of the growing conflict. ‘E was not privy to the Viridian Phasing, anyhow, and convoluted species-cooperative workarounds in development had not drawn interest. Dragons are immediately sovereign and mature to their own kind, though they have their progenitors. They establish themselves as themselves. Acamar could now control and adapt er physical form. ‘E’d gained adaptations of personhood in encounters with some variety of living beings – including humans. Regardless, Dragons may exist in an unrelated state without discomfort. Though elements will have their interactions, they do not necessarily require each other personally. Actual friendships are special, and have their significance. This is the first time Acamar’s company has been sought by fellows. 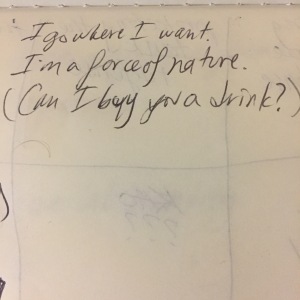 It wasn’t a pickup line, but it sounded like one. 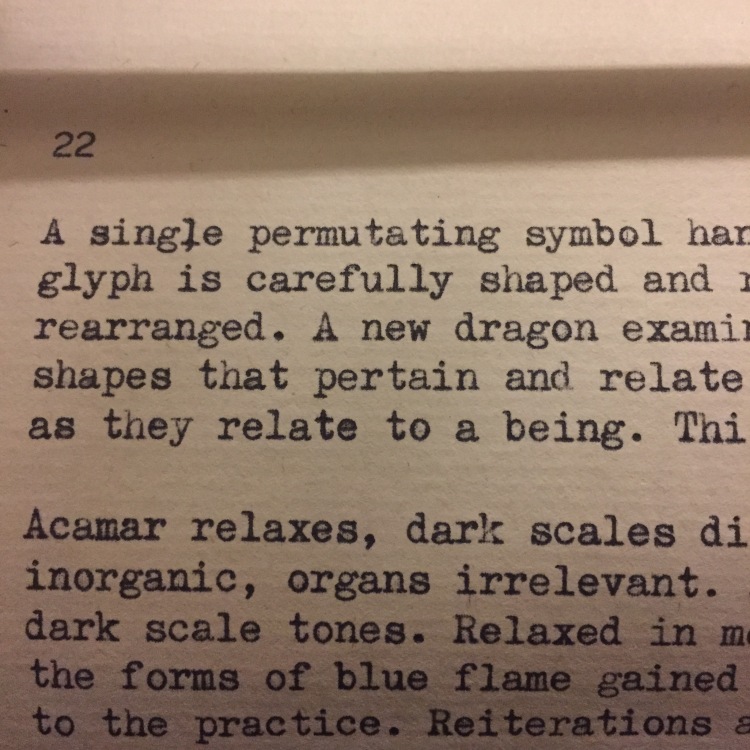 Relate relate, relaxes relaxed, re re re. Yes yes yes.