“We are in touch. We are linked.” The large man serviced the one-person vehicle, readying it for travel. He looked up at what he was speaking to. “I can feel her extreme emotions. I may even understand, and respond. That said, you-” he yanked a strap to tighten, “-have a ways to go in your part of this scenario.”

The reply shimmered warmly through the air around him. “Do not worry yourself on our behalf. We are under no constraints to show you our work.” The snarl was evident, if not visible. “If forces continue to operate correctly, events will occur with proper timing. Human.”

“If you insist on being obscure. So very draconic.” Despite being short of speech, he knew they’d be fully vocal about any issues. He hit a button and the small airlift hummed to life, picking itself up off the ground. He hopped onto the platform and gripped the handlebars. “I have people to be in touch with. My supply network, they’ve bungled something.” He yanked the straps securing his packs. “You know how to reach me.” The Vedani airsled’s field popped up around him, and he sped toward the southeastern horizon. The shimmering heat waves around him dissipated with a hiss. Only the dark plain remained, tossed by the breeze. 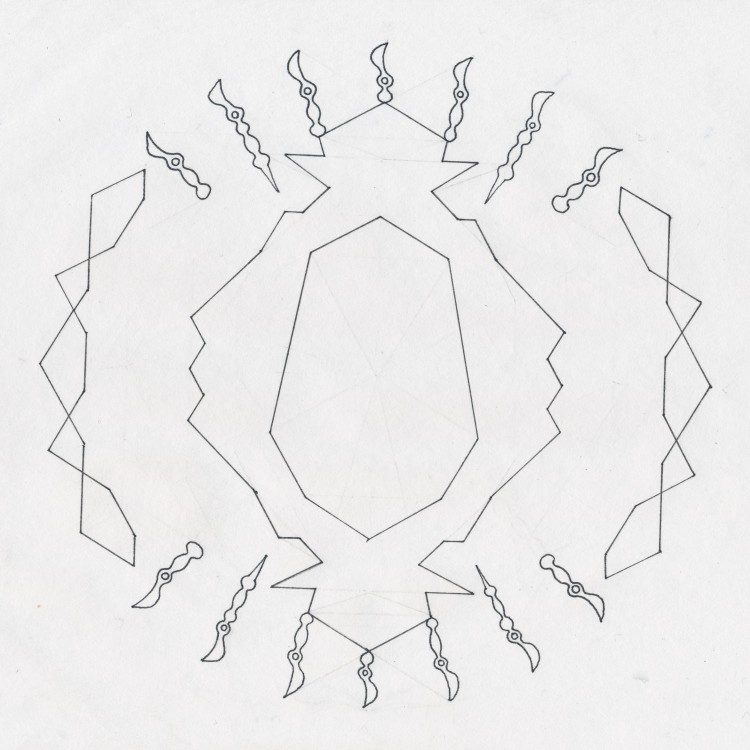 The sky was turning pale with the first light of dawn. The General and Princessa were reading by lamplight in a corner. A ghostly light shone over Princess Soleil’s face, reflecting off the wall and displays around her head.

A display brightened before making the urgent chime they knew as the change of state alert. Mireille Magus dropped her book to her lap and looked over at General Claymore. In a moment she was by her sister’s bed reading the display. To Draig, Soleil looked no different, except for perhaps a change around her eyes.

“She’s in regular REM sleep.” Mireille searched his face. “She might wake up.” General Claymore was on his feet instantly, quietly. Still reading the display, Mireille spoke just above a whisper. “I will contact my family. Please inform the Doctor, Arkuda, Bright Wave, and the medical staff. In that order. Thank you, General.” He stepped closer to see Soleil breathing easily before striking a salute and exiting.

People arrived shortly. Aided by the dragon and Aquari, the doctor advised that the Princess would likely be awake within the day. Queen Celeste would wait.

It was two deep breaths before Soleil realized she was conscious in her waking mind, in the world again. The room was quiet. No pain, other than heaviness in her limbs.

Trying to clear her throat, she managed to make a noisy breath. Swallowing was easy. She adjusted to the dim light. It was a deep relief to be looking out through her eyes again. Someone familiar sat to her left. Her grandmother, the Queen.

“Don’t speak, Soleil.” The Queen placed two fingers on her granddaughter’s lips before holding her face between her hands.

A surge of panic woke Soleil more fully. Did the Queen know what had been revealed to her? She welcomed the presence, but her mind recoiled with mistrust. Ugly things she’d learned in her sleep came rushing back. Paranoia took the helm before giving over to cool analysis, as she’d learned to do. Still, she could only bring herself to meet her grandmother’s eyes for so long.

The Queen hummed a long, entrancing tune. It brought her comfort, yet when Soleil realized she was being lulled, she fought back. She felt warmth at her temples, and was reminded of the seven symbols she tucked away. They would remind her, and they were safe. She would not forget.

It dawns on Soleil that the mass of all she doesn’t know eclipses the little she does, even on a personal level.

She feels relief, and proximity to danger. Maintaining this-ness becomes a priority, a good portion of her energy going to that task. The quiet core exists like the eye of a storm as she undergoes further transformations.

People tribal and proud, barbaric and warlike, elegant and organized with unique senses of sophistication.

A chaotic court of creatures made mostly of spirit. Constantly changing shape, essence, and intention, while possessed of a complex integrity.

After these, a human with a particular signature – at once dark and ethereal, naturally powerful. A remarkable grin. Soleil is again reminded of the Huntresses’ Aria, the shaman’s dirge.

She meets them all part way, the world and themselves appearing to her as it does to them. She returns to the pupil in the eye. A dark, hot space where she sinks into her own breath.

The field of vision opens, revealing an array of objects, symbols. They are monadic, bearing layers of personal connection and universal meaning that unfold at a glance.

She approaches them intuitively, selecting one at a time. Below is a box for them. The chosen objects go in one at a time, synergizing into a loaded construct. When the seventh and final object goes in, a brief superstructural flash sears itself against the surrounding space. She closes the box and collapses it between her hands as she brings them together.

The undersides of her hands glow gold. Bringing her fingertips to her temples, she feels the glow diffuse around her head like the soothing touch of sunlight. Finally, she is able to close her eyes.

“You’re from Aristyd – have you heard of the Pliskin Program?” The lean, pale man in hat and shades turned around to face his partner. He sat cross-legged in the office armchair.

“No.” His counterpart spoke from where he lay on the couch, studying an issue of Hover Life in his hands. It featured a Sibley Griffin on the cover.

“It’s a charity fund that builds and improves medical facilities on outer worlds, along with other small projects. Ilacqua, our boss, is employed by them as a Sites and Technology Researcher in the Project Development wing.”

DeWalt smirked without lifting his eyes from the magazine. “Which means she can go anywhere and get nosy.”

“I’m thinking she’s got bosses. There are a few above her in the funding scheme, though they’re not all in her department. It’s just one of Plexus Corp’s charity arms. Ravl Pliskin’s company.”

“He set patents on the newer travelgate tech for the major inter-g routes. Made them as safe as they’ve ever been. Only one major accident since the Plexus modules were installed.” Dremel waited for acknowledgment of the achievement, but received none. “That was thirty-six years ago. Now, they’re the main equipment and tech supplier for all our transportation networks.”

DeWalt paused and looked up, furrowing his brow. “Wait, who did you say we were working for, Plixin?”

DeWalt cleared his throat. “What, PLEXUS?” He set the magazine aside. “You mean the name on every single drive archway, you see it flashing in and out like an optical illusion when it spins up into transmode?”

Fred DeWalt put his feet on the ground and leaned over his knees. He issued a chuckle. “Oh, no. No, we’re in deep shit now.”

Dremel put his hands in the air. “Now you understand?”

DeWalt kept laughing. “I don’t understand a damn thing, Dremel, and you know it.”