All the action was far from here. Visible – the anomaly couldn’t be missed – but the board game and pieces were all obscured. Channel feeds however were a different matter, and these were properly arrayed and attended to by the researcher and her shipmate. She listened and investigated.

“Arcs move in.” Processes were smooth as all the ships attained the velocity to begin acquiring target locations.

At full charge, all set, mirrors setting. Five to a ship, each process individual and coordinated. Their signals were negotiating the anomalous environment.

Flight pairs began lattice switching, to alternately set and boost until every ship’s energy charge was placed entirely in connection. In immediate shift, they began altering torsions in a curved net pattern. Light flashed, a mirrortech side effect.

These patterns tightened and new iterations overlaid atop them. Each set of actions felt as though it were sinking in. The signal nature began to generate tensile gravity. The environment was responding.

A collective gear shift enacted the pull, streaming towards the ship boundary around the vortex. Shadow images amid arrows of light swarmed in quantity.

A dragon can hatch a hundred ways. This one, made of eight, ready to emerge into material was a shared perception – new since its first eight were set to exist in an ages-long otherside trap. They discovered a truth immediately timeless, and encouraged it to be. And in its theoretical existence lay key after key for those that nurtured it. Always an immeasurable process.

All you need to do is meddle with it significantly, if you want it to happen according to your symphony. The song is ready to play regardless.

In the quiet world just a gasp was heard in the ear. It was lightning eyes and shadow scales holding everyone in its gaze, its gaze its grasp. In its grasp there was no pull, only a feeling of envelopment. Its breath an inrushing expansion, all parts of it very close now.

And so, a crumbling entropy unfolded, even as something was becoming. And with immediate wisdom, it claimed. The pieces, the wreckage, in wholeness at this moment. To shield, to resist the onrushing for those within its motion was incomprehensible. It was a swift reintegration of life.

This battle was already tragic. Arcta’s face was held like a crying statue as she brought the vessel on its own course, her shipmates doubly unconscious next to each other behind. 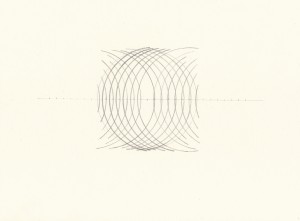 Arkuda could see the moment reverberating, behaviors and sentences replaying themselves on a fast elliptical, like distance marks on a running track, or the position of a planet during its solar celebration.

Carlos squirmed, sniffling occasionally and rubbing his fists to his eyes. Mireille’s hand kept finding various places to rest on her face. Cristobal sat hands curled in his lap, feet even in front of him. Their grandmother’s face was a mask.

He didn’t like describing dragon birth to the royal family, Queen and three grandchildren. Reducing the arcane nature of it into a methodical explanation gave him the shivers, as though he would be giving the wrong information. This mystery had kept peaceful relations between their people for nearly the entirety of the Imperium’s existence. But it was his task to help them understand what had happened in the face of their mother’s loss, the woman who was to be the next Queen.

He addressed the children primarily, as the Queen had bid. “Your mother fell to misdirection, a mistake when confronted with an unknown. We are often born of unknowns, that we don’t understand when we find them. This one wished to consume on its opening. That it was what it was, I’m sorry I didn’t foresee. And now, this one is born, its root existence set. In this way, at this time. We don’t know its name yet, so it’s still difficult to describe. It has to tell someone what it is.”

“We’ve kept our births a mystery for good reason, because that’s what they are, still. Only the first eight of a dragon have some idea of what’s going to happen, when or where. They are the only ones who are fairly safe nearby. They have little idea how to control their spatial dimensions at first. It’s a unique occurrence every time, and the events are hardly recordable.

“While this one stormed in its birthplace, its first eight appeared around it, which can be typical; in this case it was a shock. I’m saddened by the loss of the entire two-Alpha fleet. Those ancients are dragons we banished in the War.”

Here, the Queen interrupted to explain. “When dragons refer to the War, they mean the one that erupted in the Imperium during the reign of Oisine, when we had only expanded into the Primatris Federet. It was waged on human planets and over the value of humans’ and dragons’ rights and lives. The only one since we’ve known them.

Those dragons who insisted on their entitlements against humans had the rest working against them, and in a singular work of binding became trapped on the other side of a wall.”

Arkuda bowed his head. “We missed our cousins. We felt that their existences were continued, in the persistence of balances. They’re not back on friendly terms, clearly. We’re going to have to react to defend ourselves. They’ve dispersed after destroying their vicinity. They are the same Red Nexus of old, minus some. Plus one.” A disheveled driver walked into a bar and took a seat by her favorite bartender. There were a couple occupied booths in the room, but otherwise it was an empty morning. The music was a cheerful rolling ballad at odds with her bereaved look.

“You got it. Been a long few weeks, has it? You were here just before Pyrean Midsummer, wasn’t it.” A smile played across his face as he began to heat and mix.

“Yeah. Actually I can’t think back that far right now. I just watched hundreds of uniforms ordered to fight something that would kill them. Using means completely unequal to the danger. I had the luxury of my own prerogative, so here I sit.” She looked out the window into a ray of sun for a breath while her drink began to steam behind the counter. She looked over doleful, yet matter of fact. “There are dragons at war.”

“You don’t say.” His tone remained light through a furrowed brow. He sprinkled spice over the top and delivered the cup to her hands.

“I wouldn’t if I didn’t have to.” Her head drooped over the cup as she inhaled the steam. Just as she began to close her eyes, someone yelled out from the kitchen.

Joe looked over at his loyal customer. “That’s our new dishwasher. He’s done it a few times, hasn’t broken one yet.” He patted the bar as he turned to go to the kitchen.

Looking sideways over her cup, Wendel murmured, “There’s a voice…”

Re-emerging, the bartender gestured to her. “You should come see this.” Collecting herself, Wendel took a breath and a sip and followed him in.

For a stack, it could be said to be epic. Largest pans and sheets on the bottom, going to smaller pans, to platters and appropriately-sized dishes with the occasional balancing item, to a rotating tower of mugs and cups that ended in a pyramid. Other words that came to mind were magnificent; unprecarious; commendable.

She looked over to appraise the stacker and was greeted with a smiling face. “It’s you,” said the boy, grinning with his mouth open.

She blinked at Toller, suddenly breathless. “Hey, it’s… it’s you too.” She gravitated toward him to hold him in her arms for a moment. “You got a job, I see?”

The boy poked Joe in the side. “I left the capital after the Aquari concert. That really capped off the whole experience for me. At the docks, I found a ship with room headed for Dalmeera, so.” He pointed to the stack of dishes.

Wendel turned to the bartender. “Joe I hate to tell you this, but your dishwasher is overqualified.”

He laughed. “Yeah, I know. I just figured I could get away with it for a little while.”

“Well, you’re good at doing it.” She smiled at the both of them and looked at the cup in her hand, still steaming. She looked back up at the boy. “Hey have you tried this stuff?”

Wendel tilted her head at the bartender. “Is he old enough?”

Joe eyed the stack of dishes, all clean. “He’s older than I was. He can have his own cup. Stay back here. And would you take that apart and put it away?” The last he said to Toller, who saluted.

Toller set a chair on the countertop beside it, showing how unprecarious the stack really was. He climbed on top and began filling his arms with the assorted dishware. “You didn’t take long to come back, either.”

She made a long sniff. “It all really depends.” She just watched him do his job. “So you remembered the place?”

“Actually I met Joe at the seadocks where they were bringing up shellfish. He seemed like someone I could hustle for work, and I was right. Man was carrying too much.” He laughed and laughed with the dishes. “He brought me back here and I knew where I was.”

Halfway down the stack, the bartender returned with one for the boy and one for him. They clinked mugs and held them together for a moment, looking at the pictures in steam and spice and silver.

Upon his first sip, Toller made a face like he just saw a beast. Then he looked into the cup. “Are you kidding me what is this?”

Joe savored his sip and lifted his head. “Just something good we make here.”

Wendel smacked her lips in agreement and ran her tongue over her teeth. “Well young one, I want to tell you. You’ve got options.”

“I could be mad at you.” Joe wiggled his mug in the air. 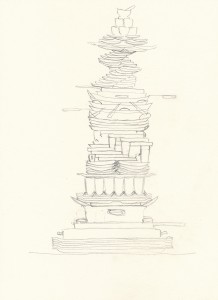