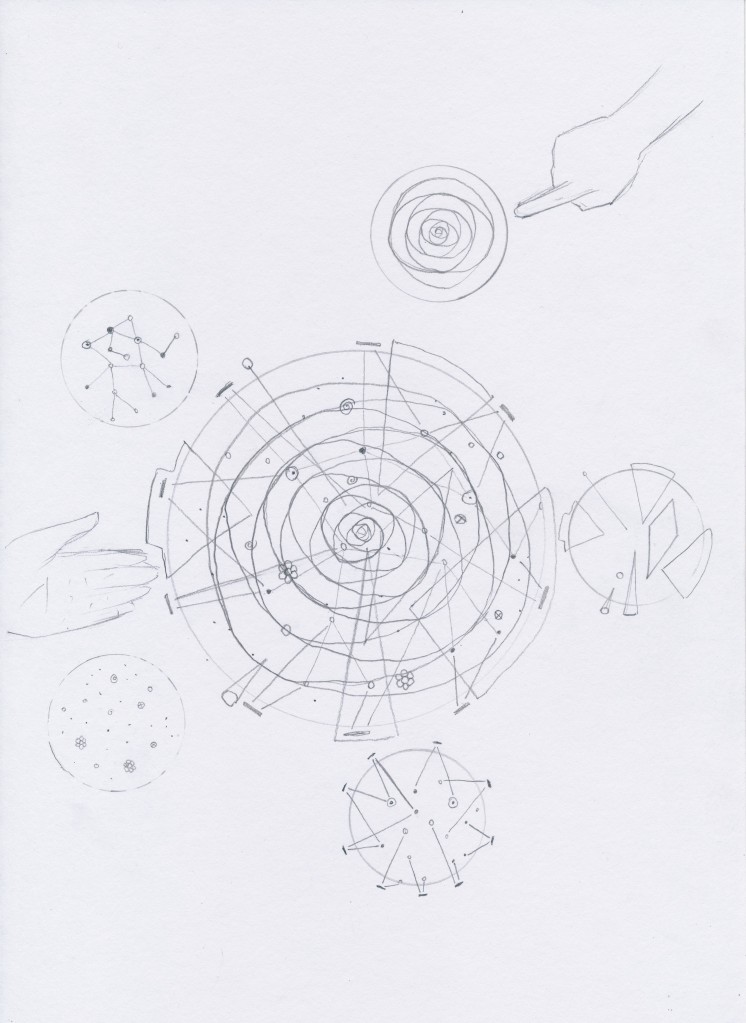 The sphere image was frozen steady, drawn lines within reading as chaos. At one side of the table, the two Alpha Captains and General Ionos leaned forward. The General lifted a hand to the display. “Explain how the surrounding technicians are supposed to align and co-triangulate.”

“My Loramer co-fellow can answer that,” said Dr. Hydraia, turning to look at her colleague to the left.

“This is an unusual problem,” said Arys Steinman, laying out a few notes. “We can create a system that will co-map a series of points, call them mirrors. For the interruption sequence we want to enact, each point needs to be an intersection of the signal figures we reviewed.”

Steinman laid out the factor maps, pointing things out. “A technology pattern found in our Zerite-based inventions. The energy signature of an Iljen Engine at pre-critical burst. Here’s the map of microhole readings, and shadow radius sectors.

“Each mirror spins at a live rate responding to the weather of the vortex, tethering to each technician ship along designated connection paths. Setting a mirror takes more energy input from the initiating technician until it can tether down multiple paths. You’re tethering the mirrors, not the other way around.

“At a designated level of synergy, the energy to maintain the mirrornet will drop greatly. At this point, co-triangulation can run automatically, and we can move on to the next phase, precise insertion of chain reactives.”

General Ionos sat back, looking partially satisfied. “You’ve said we do this rarely in application. What makes you confident that this maneuver will work at this scale, with live pilots instead of robotics?”

“We’re keeping in mind that pre-critical burst phase of an Iljen Engine is only inwardly unstable. So while ships must remain in place to enact the interruption, they remain outside the boundary of collapse. In recorded failures, backlash occurred in the programming, preventing recurrence of the process without damaging equipment. The program you’ll be using is contained separately from ship operations.”

“How many times did you run this in simulation, and on how many levels? And did you do your utmost to minimize the number of technicians required?”

Arcta took in a slow breath. “We forwarded the ultimate simulations to you and your captains. If you want the complete logs, I can request them from Loramer Ultra sim rooms, but they were combed deeply and to do so again would be a great waste of time.”

The General leaned on the table. “If we determine this course of action, when will we need to mobilize?”

“In about twelve days, we’ll get our next likely shot in the vortex activity cycles.”