The light grows dim through the trees,
the shadows dapple and rise.
Everyone inside, this is a huntress’ time.
When the sun sets, and the heat dies,
when the devils awake, but to their tragedy,
no greater devils than we!

Margeaux felt a strange hunger in her muscles and the music. Wriggling inside her skin, she saw herself crawling through growing darkness. The lyrics were sung in Old Indar, which meant Margeaux understood every fourth word, but she could hear it in the musicians, and Kamini’s voice. She had the urge to grin ferociously. The Queen was smiling, to her left. Soleil was expressionless. 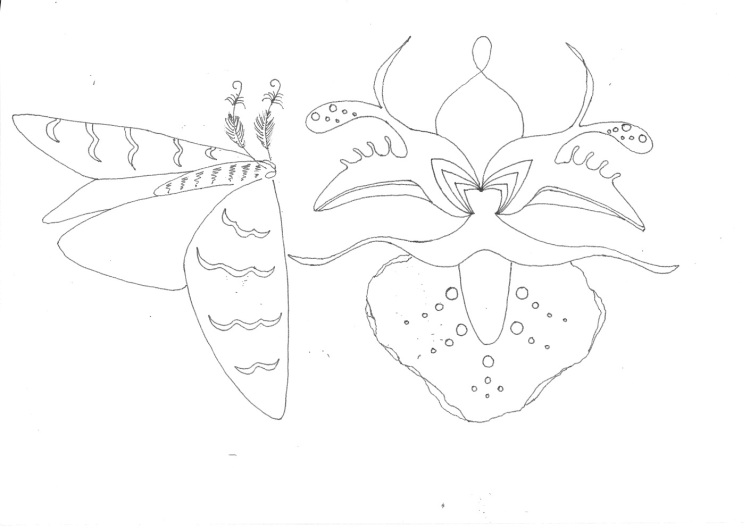 In my tender childhood, when first my mothers
and sisters took me into the night,
I was blind. All shadow and shade a mystery,
and now it is the other side of me.

Soleil was feeling emotions she couldn’t name, surprised at their strength. She felt a similar response from her cousin next to her. Atop that, like graffiti scratched into a mirror, was a feeling that she was overhearing someone talk about her. Like an unfamiliar voice saying something personal, right in her ear. Despite wanting to really hear the music, Soleil kept her focus ready, senses pricked. She didn’t anticipate danger, necessarily. If she had described this sensation to Arkuda, her teacher, he would have told her this was a precursor to contact with some ethereal beings. As it was, she had no knowledge, and no warning. She was in the dark.

No home so wild and subtle as the shadow forest.
Herald the night-singing small ones,
the dusk orchids and their lover moths.
Let the cool hours envelop us and our
bodies set to the stalk and chase.

With daggers, claws and darts,
All our limbs, the scents and our calls –
only then, when we are risking everything
committing our muscle, our breath, our life –
this thrill is the soul of us!