The private elevator door, the only way into and out of the suite, slid open. A slight figure of a woman in a grey wool suit stood at the desk, her fingers on its surface while her face was turned looking out the window. Immediately Derringer recognized something about her body that made him narrow his eyes. When she turned her face to greet him, he realized where he’d seen her.

Like him, she was much better dressed than before. Her eyes registered a shadow of surprise, and she quirked her lip. She studied him, poised, for a moment longer. “You have something for me,” she stated. 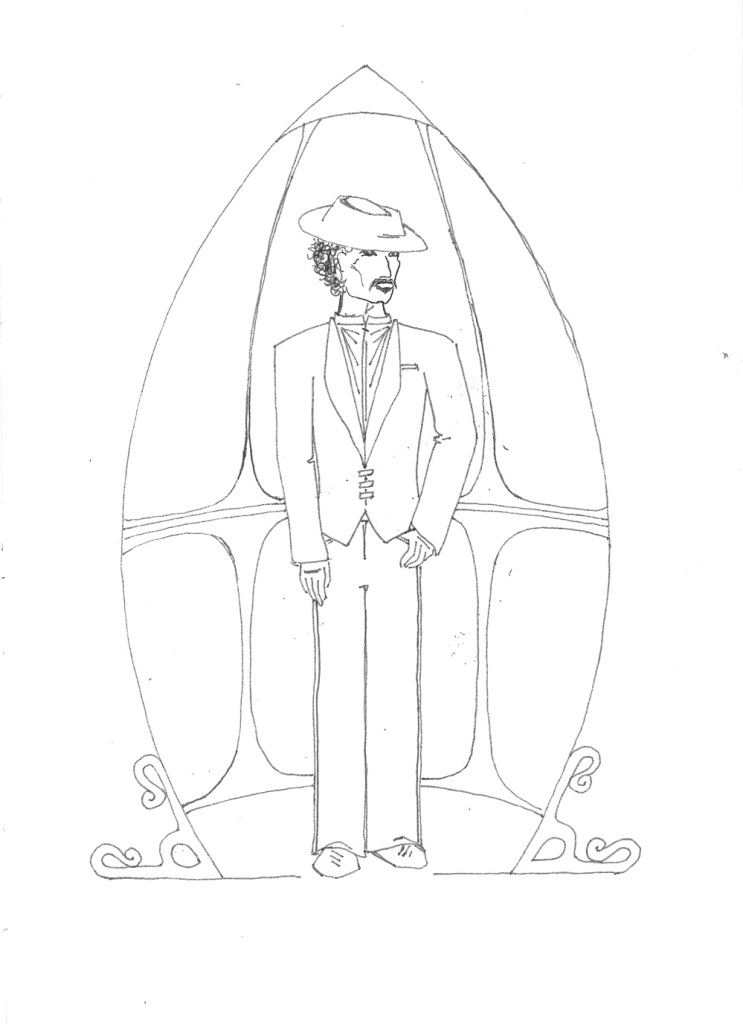 “Yes I do. Delivered on foot, as requested.” Derringer continued to stare at the small capitol woman with red hair. Three days ago when she’d passed him in the Diplomat’s Quarter, she resembled a housewife on her errands. But she was in fact the contact for the other end of this delivery. He waited for her to say something. She could be drawing conclusions, just as he was.

She opened a soft briefcase sitting on the desk chair, withdrawing a computer the size of her hand. “Bring it here, lay it on the desk.” Derringer fished the mini safe from inside his breast pocket. He came close enough to leave it on the corner. His nerves were jangling. An alarm was going off, and he couldn’t pin it on this lady, or the situation. She looked a little on edge herself.

She aligned the devices and switched them on. A hemisphere of floating words and icons sprang into the air a foot tall above the desk, a tiny replica of the Iljen Monument. Jacobs said the data storage had program locks and tamper checks, and these had to green light at the other end in order to complete the delivery. She manipulated these elements into place, going through programs and items that Derringer couldn’t guess, never mind that he’d never seen a computer like that before.

“What do you have there? Is that hooked into the Monument?”

She glanced at him sidelong while she continued arranging data. “It can be. Just like that watch you’re wearing. It isn’t, right now.” She continued arranging and relating programs. “It’s its own system. Prototype model, not on the market yet. It has… its points and kinks, but I’d say the development is useful. I keep finding new things I can do with it.” She stopped herself. “How was your walk?”

“Good weather and nothing but strangers.”

“That’s good to hear.” She tapped a few things into place and straightened, turning to him and leaning against the chair. “This will be a few minutes.” She looked him in the eyes for a breath, sizing him up. “Would you like a drink?” She pointed toward a bottle of golden-brown spirit, two glasses next to it.

The brandy was a good label, he’d had it before on remarkable occasions. Derringer nodded and stood at ease. “Yes, thanks.” He watched her pour. Her nails were electroplated, with glowing phronium tips.

He took the glass when she held it out to him at arm’s length. She really was petite, disarmingly so, like a fairy woman. But she held an immense and dangerous electricity. He took a sip and licked his lips. This stuff was old-fashioned, but he liked it.

“What makes you assume that?”

“You look like a man who does a great many things,” she said, pacing a half-circle around him with her drink in hand. “Usually alone. Though never without help.” Derringer didn’t bother to reply. She cracked a smile. “Sorry if I’m teasing you. It just… I know the type.” She looked bemused, sipping from her glass.

He rose to the bait. “You can call me Derringer.” He stuck out his hand. She stepped forward and took it with a ladylike grip.

“Karma,” she said with a smile.