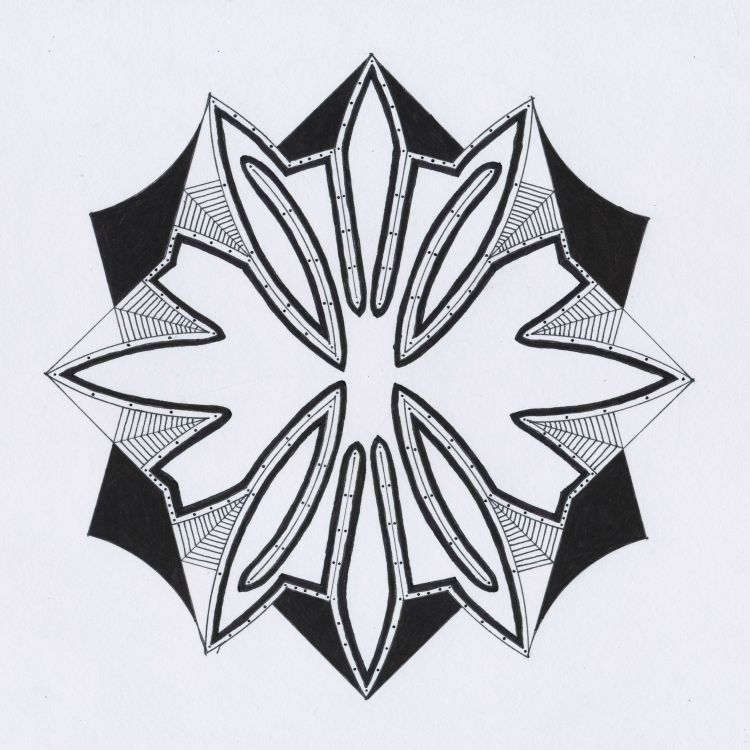 Bright Wave sat curled at the base of the tree growing from the platform over the valley below. With half-closed eyes, she moved a line of color across the sunset. Slowly, and with care – previous ambitious attempts at expression had made her faint.

Her reverie was interrupted by the big grey pietrobird, scattering rocks as it landed. She rose from her seat, and went to look the bird eye to eye where it stood. It hopped backward, pealing loudly, and dropped below the ledge before its eyes popped over again. Someone may be down in the mountain. She sent the bird a flash of color, which it spread its wings to absorb. 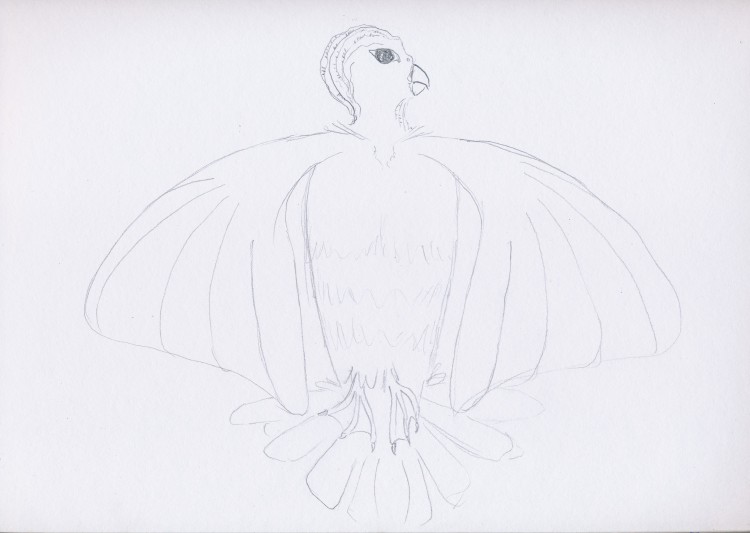 Bright Wave moved down the rock face. Halfway down, outside the cave, hovered a vehicle. With a tentacle she parted the vine curtain to see a mantled Fleeting Shade.

They stepped toward each other, tendrils lifting. They met partway, super and subsonic vibrations popping in the air. The leaves on the vines shook lightly.

Lead Composer Fleeting Shade gestured, and a stage floor shimmered in to surround them. Figures in red and white danced around the edges. The star image above reflected the sky in two weeks’ time.

Bright Wave cast her tentacles aside and whipped one around in a circle, marring the picture with scratches. She would have dispelled it entirely, but it remained. Her supersonics morphed to echo the burning Symbias, which made him flinch. She reached out to him again, and the dead silence of the groves fell around them. She sagged, her head hanging.

Fleeting Shade held her up, and the edges of the stage surrounded the silence. The figures in red and white appeared, drawing themselves into the dead space around them. They had eyes, and ears.

She straightened and looked up. Before her she created a candlepoint of light, which grew to the size of her head, then faded. She tried again to make it brighter, but couldn’t, tendrils shaking in frustration. He drew her in to hold her. The stage and people remained.