From the twenty-four figures in fiery assembly, one rises above the others. Her deeds and history surround her like a cloud, instantly recognizable as Marialain, Magus the 1st. From the leadership on her home planet, she stepped forward to create a united human empire – the beginning of the Imperium, and the Magus line. It was she who made first contact with the dragons, whose generation brought humanity out of its cradle on Alisandre.

Her visage powerful, hair coiffed just so in her ancient regalia – she looks guilty. The shadows echo behind and about the scene. Guilty.

Soleil knows about scandals and mistakes made by her predecessor. But not all. Far from it. Look closely at the half-truths and lies. The depictions surrounding Marialain purple and blacken, like a fire whose fuel is full of poison. Here is our truth. This is what we know. You must see. 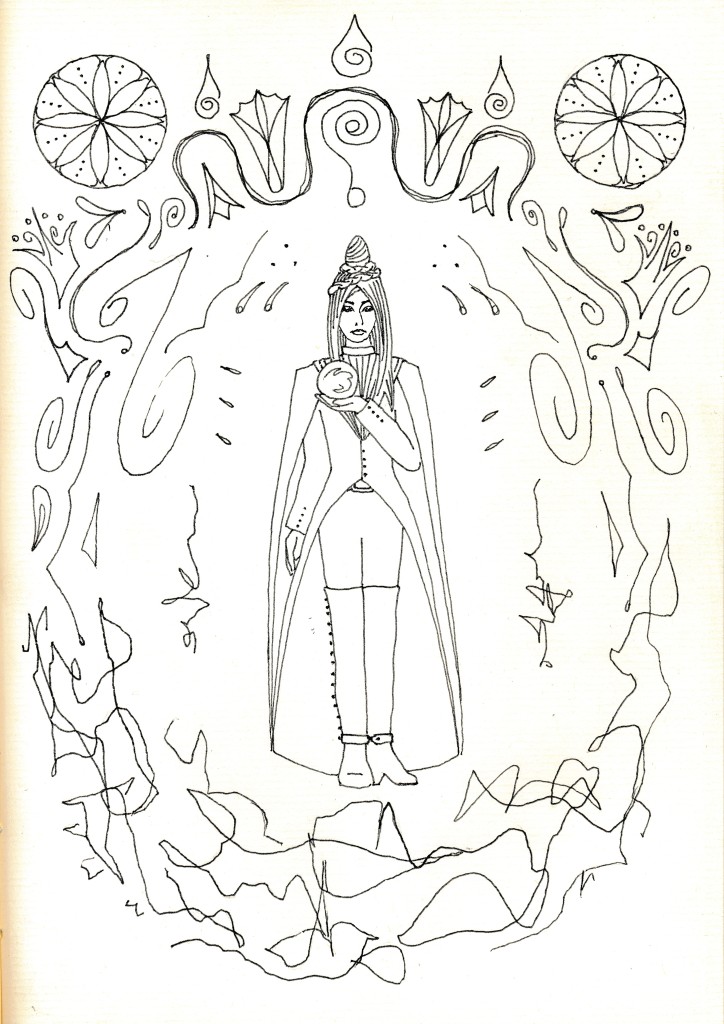 And so she begins to understand the long chains of rationalized decisions. Too numerous to count, masked with the deepest self-deceptions. Heinous actions that are part of the fabric of their rule.

Entire civilizations kept hidden, plundered and silenced, leaders and visionaries neutralized or worse. None of this in the histories. Generation by generation, the blacker side of all they have done covers their bright accomplishments in a mountain of ash.

From Marialain to Louisiane, Magus the 4th, who engineered the second expansion route. Then to her daughter Mariselle, who masterminded the massive colonization. The most celebrated were often the most reviled – though not always.

Arianne, Magus the 7th, to her daughter Arnelle, who annexed four planets of the Archipelago Federet. Her son Ricardio was the first of the few Magus Kings. The technologies he initiated in the Imperial military created new ways of living, but their roots reveal themselves now in a sickening of light. His daughter Rochelle, who established the federets. And on.

The costs of their accomplishments were vast, and made to be forgotten. Those who did not forget are telling it now. Soleil can feel the weight of them, as heavy as the empire she was born to inherit.

She tries to turn away, wishing she had eyes to cover. You may not, says the susurrus of voices. We lived through this, and you must witness.