An audio newscast played quietly in the dim room. Mireille reclined in a chair next to the bed where her older sister lay still. Facedown on her lap was an open history textbook on the Phiroen Era of Magus expansion, when a group of imperial fleet officers staged a military revolt. The orb embedded at the top of the curved ceiling pulsed its light in theta rhythms. 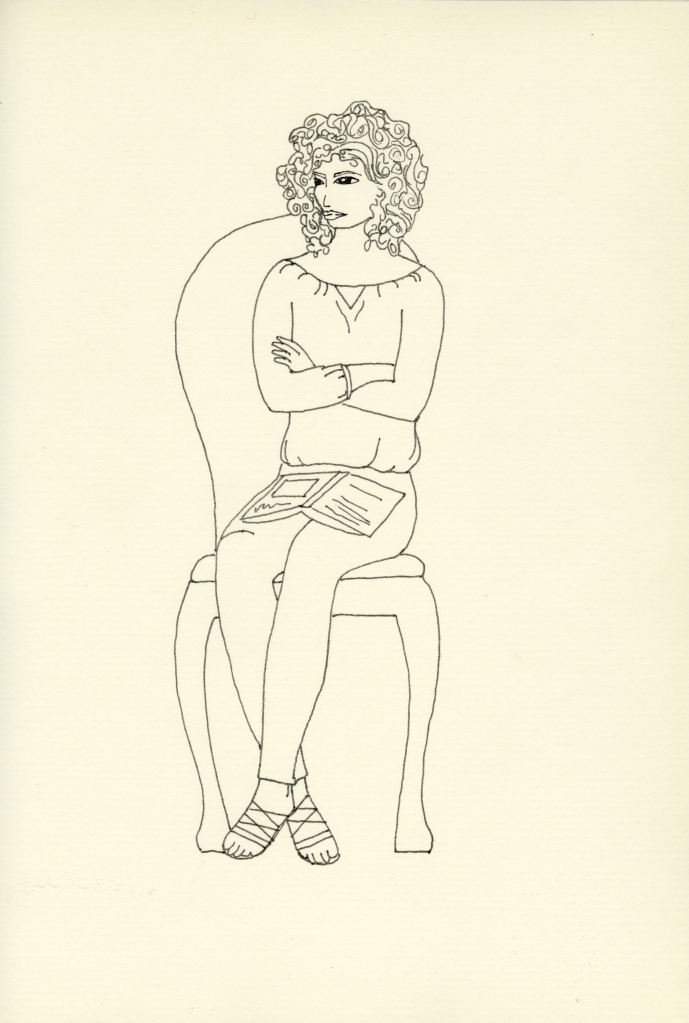 A knock on the door. Mireille rose, setting the book down. She opened the door a few inches, then all the way, letting the visitor in. “General Claymore. Draig.”

He stepped forward, his eyes on Soleil beneath the covers. He turned his head to nod back. “Princessa Mireille. How’s she doing?”

They kept their voices quiet, both watching the bed. “Her vitals are fine, but we still can’t wake her.”

“I don’t know what happened there. She looked tired, but that was all. She collapsed mid-sentence. I think she was conscious for a few moments more before she passed out entirely.” His brow furrowed. “This hasn’t ever happened before, right?”

Mireille shook her head. “No. No, she’s never just fallen like that. These ceremonies hardly phase her, I can’t explain it. I just hope she wakes up soon.”

After a moment, Draig cleared his throat. “Do you want someone to relieve you here?”

She smiled. “No, thank you. I’m catching up on my history, anyhow.” She gestured to the facedown book. “Get some rest. We may need your help later.”