The place sat amidst other medium buildings its size, an ordinary metal-and-glass affair that reflected the last glow of afternoon. The address was its only sign, though there were traces of past businesses. The first floor windows were blacked out. Derringer tossed a ring of keys from hand to hand. “Well, this looks promising.”

Fred DeWalt leaned toward the detective. “Do you think it’s a trap?”

“Only insofar as working for a woman like that is a trap. No, this is for you to use. Just like the hover.” He turned halfway to look at the gleaming, new-model stock racing flier behind them. 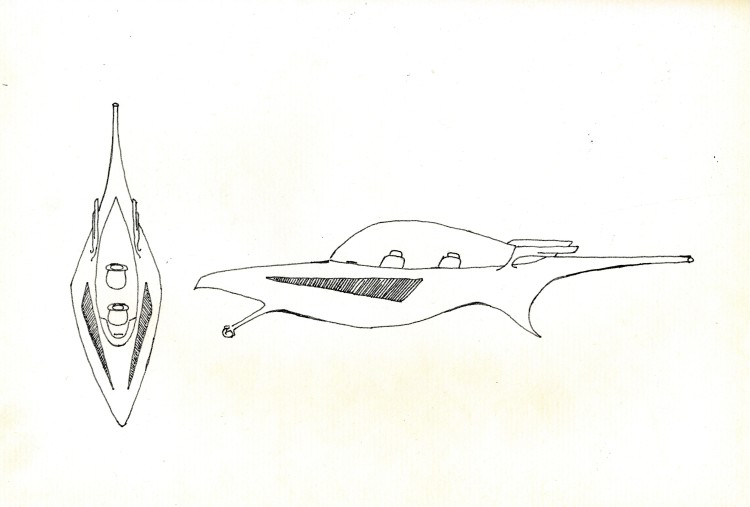 “Stars afire, Derringer,” said Chad, adjusting his glasses, “when he drove this up I thought it must be the boss’ car. And then she hands us the keys. To a Griffen.”

The detective showed a wide grin through his mustache. “Tools to your advantage. You found yourselves a good game here, don’t be afraid to play it. Savor this moment. You’re aces!”

“What about you, D?” asked Chad as they walked to the door.

“…I’m aces too, yeah.” He almost started laughing. “Trust me. But this is your gig.” He fit the key into the door, which unlocked smoothly. He looked up at the side of the building. “What do you think this place was? Newspaper?”

“Old insurance company.” The other two men looked at Fred, who’d spoken. He shrugged, they shrugged, and they all went in, leaving no sign of themselves but the shining white Sibley Griffen out front.