I’m going to Sh’Bang Fest, and will be amongst the audience in the Saloon Chapel tomorrow 9/7 Saturday night from 9pm-close. I’m bringing a limited edition Poetry Popper – with a hand-lettered fabric patch, a signed copier broadsheet of my ribbon-winner poem Stars Framed in Adobe Clay (lettered in my handwriting), and small piece of beach glass picked by me. Compensate or romance me appropriately.

My poetry is signed: e.l.elasigue 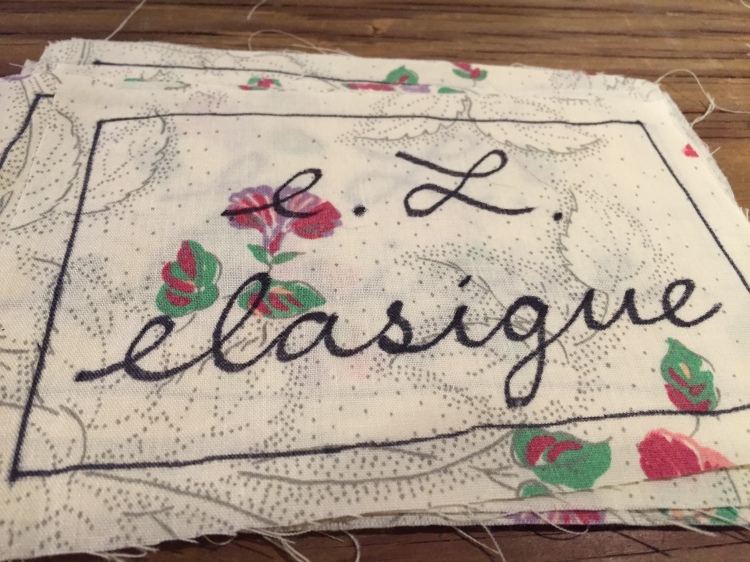 All were waiting in the hold. Drift X was parked. Captain Wendel had just explained that this was no longer Drift 9, and the ship had graduated a number – but it would use the Auld Numeral, and would also be pronounced like the letter x, because that was the cool way: Drift X. She added that if a star road had ten or more drifts along it, someone might find her in the tenth drift from any given direction.

They were parked on a planet where none of these humans had ever been, though Dragon Food and Rosy Glow, the Kao-Sidhe, and Uixtr, the Vedani, stated some level of familiarity with the people of this place, who they said hadn’t left their planet. The space scooter named Moonshadow was excited to be here for the first time. Captain Wendel Harper, Toller, Derringer, and Ascendant Princess Soleil were preparing themselves for the unexpected with a likely possibility of hostility.

The Kao-Sidhe held a pep talk now that everyone was gathered. “These are the friends we mentioned, Soleil,” said Dragon Food, looking adventurous today.

“Humans can’t hear most of their speech. They talk on a different wavelength.”

“I can help with translation,” stated Rosy Glow in a soothing tone.

“I hope you are prepared to be unready for the experience of meeting them.” That was approximately accurate. “They are more ready than you know.”

With a nod, Wendel punched a big button with her fist to open the hold door. Lowering, it revealed giant smooth charcoal trees with gnarled roots like claws. Or, gnarled claws like roots. These massive front limbs extended up past the lintel of the doorway. Natural light was present, but dim. A large wet bundle fell to the ground in front of the lowered hatch.

Uixtr walked out and picked up the bundle, bringing it back to them and opening it on the floor. He pulled out two wet cloth bandanas for every humanoid. “Tie both of these around your breathing orifices. It’s just water. This will protect you from an atmospheric corrosion to which we are susceptible, myself included. We won’t need to wear them for very long.” He folded his pair diagonally and tied the corners behind his head, above the silver plait at the nape of his neck. The rest did likewise, eyeing the trunklike limbs as they parted in giant steps to leave a small clearing outside the hatch.

“I’m going to go somewhere else now. Bye.” Dragon Food bowed splendorously with a finishing flourish to his love. Rosy Glow blew him a kiss as his form disappeared in place into some unglimpsed dimensional distance. With a bloom of color, she then gestured the others toward the outside of the ship. They went.